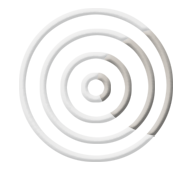 Here we are! after some upgrades google / Youtube enable Video 360 to run with 3D audio scene
on

We can now enjoy my first VR job on assassin’s creed (November 2015) with apple and windows OS. This video is a youtube 360° sound tryout, you will hear soundeffects only. Of course we still need a fixed stream for dialog and music, google will probably think of this later.

This is a big step for VR streaming, of course Ambisonic is the way google choose to go.

Use an headphone to get benefits of this tech step.